The UFC terminated its contract with Thiago Silva on Friday as the light heavyweight fighter remains in police custody without bond on multiple felony charges after a court appearance in Florida.

Judge John Hurley reduced two charges of attempted murder to aggravated assault with a firearm, stemming from an incident involving Silva on Thursday evening. He also ruled that Silva be held without bond as he still represents a threat.

Silva, a Brazilian citizen, also was deemed a potential flight risk. In addition to the aggravated assault charges, he is charged with aggravated battery with a deadly weapon and resisting arrest without violence.

According to police records read in court Friday, Silva allegedly confronted his wife of 13 years, Thaysa, from his vehicle, which was outside of Pablo Popovitch Mixed Martial Arts Academy on Thursday in Oakland Park, Fla.

Police allege Silva then produced a firearm and told his wife that she had "10 seconds to bring out Pablo," or he would go into the gym and start shooting everyone. An adult class was in session at the time of the incident. Silva and his wife separated in 2012.

Popovitch emerged from the school, but retreated moments later and called 911. Silva, who allegedly was intoxicated, fled to his home in neighboring Fort Lauderdale, where he was arrested following a non-violent standoff with a SWAT team.

In his deliberations with the court, Silva's attorney, Scott Saul, conceded probable cause to the aggravated assault charges but argued against the attempted murder charges. He called them an "overreaction because of what the man does for a living."

The altercation is the latest in a string of domestic violence incidents involving the couple.

According to court documents read aloud Friday, police responded to a 911 call at the estranged couple's home Jan. 30. During that incident, Silva allegedly threw his wife onto a sofa and pointed a "silver colored revolver" at her. He then allegedly put the firearm in her mouth.

On Feb. 5, Thaysa called 911 after allegedly receiving threatening text messages from Silva, one of which stated he would hire someone to kill her.

Silva said little during the court proceedings. He did correct Judge Hurley at one point on the pronunciation of his wife's name.

The UFC released a statement Friday that it had terminated Silva's contract. Silva, 31, had been scheduled to fight at UFC 171 on March 15 in Dallas.

Attorney Craig Epifanio’s website gives insight into a very big roadblock in Thiago Silva’s future plans. Apparently the Florida gun laws are not as laid back as other cases would have had us believe. Thiago could very well be sent up the river for 10 to 20 years.

“Florida has always been very tough on gun laws but more recently the Florida Legislature passed Florida Statute 775.087, the so called 10-20-Life Law. Law enforcement takes a zero tolerance approach for anyone who uses a firearm in the commission of a crime. To accomplish this, the 10-20-Life Law requires mandatory prison sentences for armed offenders. 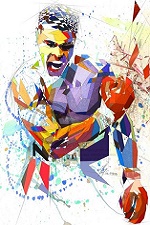